Help Rogelio to find the exit of the labyrinth of caves in which he has entered looking for the best fish for his dinner.

The caves are unstable and rocks are constantly falling from the ceilings.

Luckily Rogelio has the power to increase the water level. He can also collect coins and treasures that earn him points and the chance to earn an extra life for every hundred coins collected.

Be careful the water current fills the caves faster and faster.

There are four exits from the maze, get out of one of them.

Joystick on port 2 -  Left/Right to move Rogelio. Fire to rise the water.

Paddle on port 1 - Turn POT to move Rogelio. Fire to rise the water.

the fall pattern of the boulders is quite unfair and not so good, you get hit too often. the music is a nuisance and the gameplay is "ok", not sure what a "rogelio" (the guy looks more like poopman) is, but i give it a 5/10 - could've been better with better levels

Hi, the game is very nice (especially the sound, but also GFX and gameplay) and I'm enjoying playing it, despite a few bugs and issues that, if addressed, would make it a lot more enjoyable and reveal its full potential.

BUGS:
1)after a few game overs and restarts, the game is stuck in the intro sequence where the protagonist is rowing toward the right. At this point if I press fire again the sequence loops, but the game never starts when the character reaches the right of the screen.
2) there is at least 1 screen that kills you instantly as soon as your character appears because he is spawned in the rocks at the bottom center. I got to this screen after 5 or so screens, leaving the previous one from the top.

OTHER ISSUES:
1)Collision detection is frustrating: rocks kill you even if they are not actually touching the character or the boat (try waiting for a rock to fall on top of one edge of the boat, you'll die while the rock is still in the air). I appreciate the fact that you can overlap the background rocks with the boat a bit, this makes the gameplay more manageable, but then you should really be able to do the same with the falling rocks, otherwise, the rules are inconsistent and the gameplay frustrating.
2) Touching the empty edge of the screen kills you. Come on, seriously?
3) a couple times Vice wanted to open monitor mode (see screenshot). Dunno if it is Vice's or the game's fault, but never had this issue before. 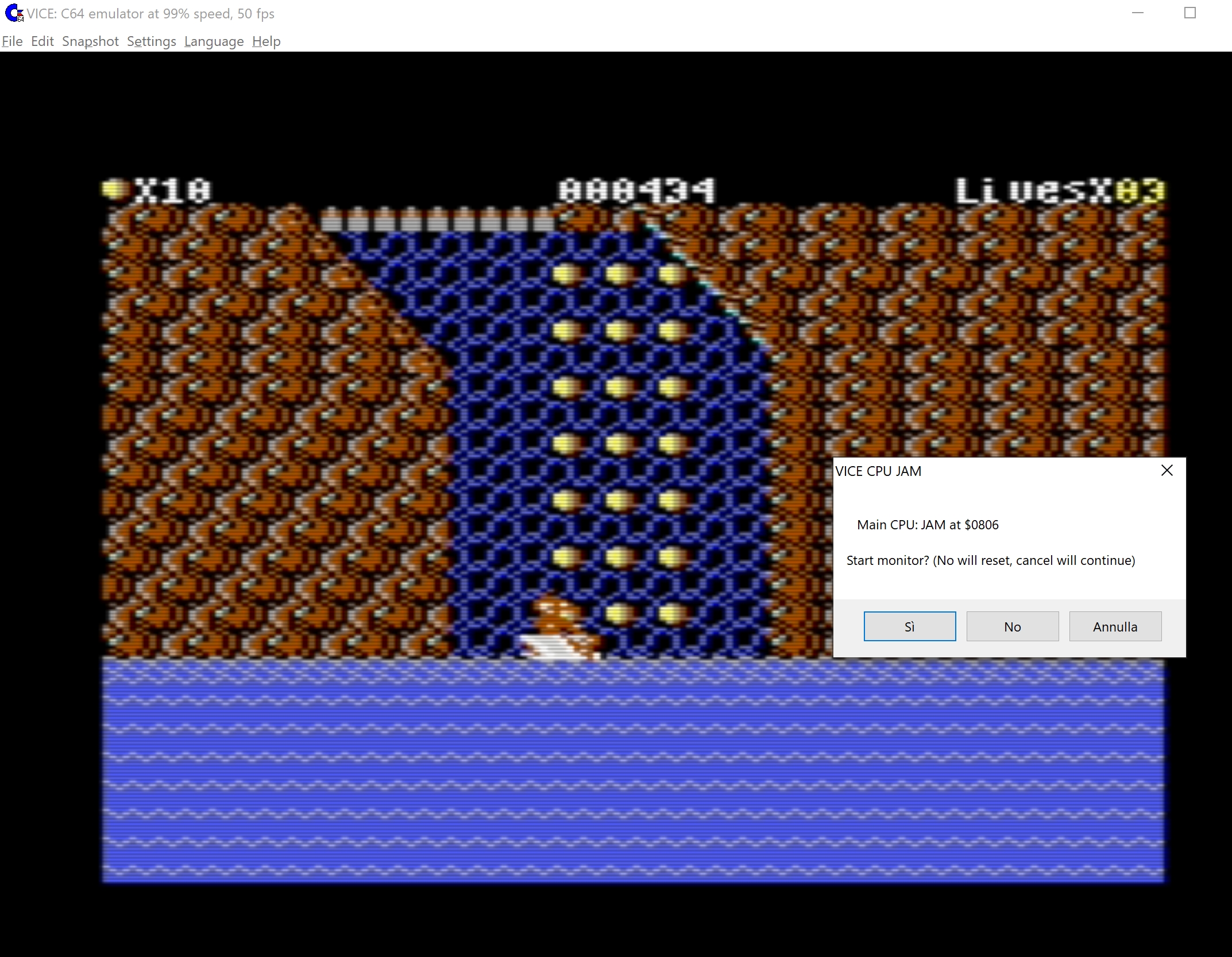 Thanks for your comments.

The bugs I think have been resolved in the new version of the game.

The rock collisions I think are correct. If on some occasions it seems that the player is not touched, it is because it immediately goes to the death sprite which is smaller.

I have not been able to reproduce the death error for touching an empty character. Sometimes the rock is touched just at the moment when it disappears under the water, maybe it is the error that you report

The Vice monitor opening error has never happened to me. The version of Vice I use is 3.6

Thanks again and regards.

Hi, thanks for the update. About killer screen borders, you see one example here. See, i touched the lower right border and died. This is unnecessary and frustrating from a design standpoint. 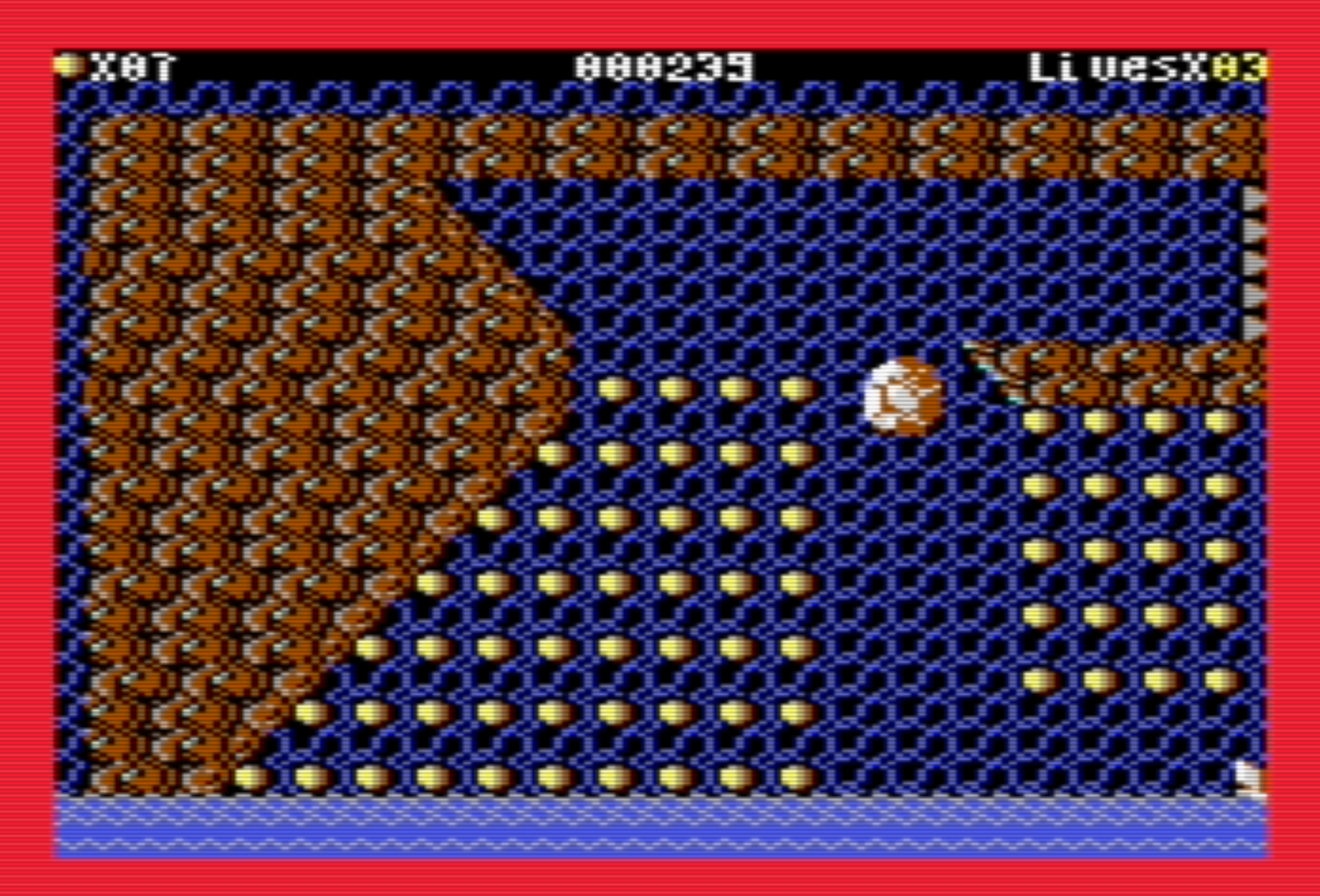 Here is my little tribute to your game... 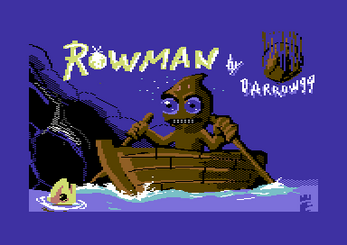 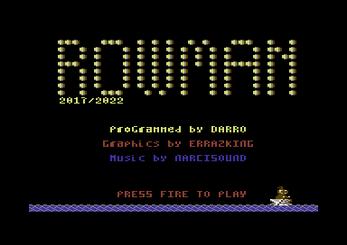 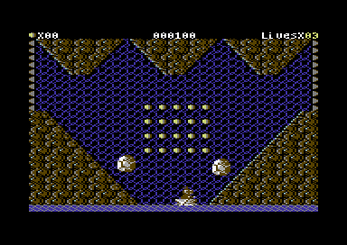 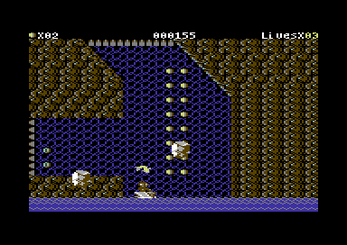 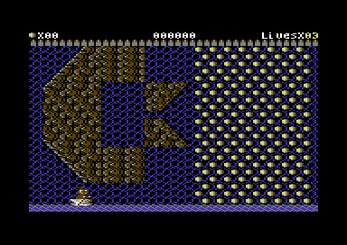 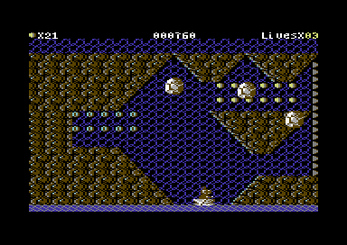